Located 221 miles northwest of Anchorage in Interior Alaska, McGrath was a seasonal Upper Kuskokwim Athabascan village used as a meeting and trading site for Big River, Nikolai, Telida and Lake Minchumina residents in the early 1900s. Being the northernmost point on the river, accessible by large riverboats, McGrath became a regional supply center.

McGrath is named for Peter McGrath, a local US Marshal and was originally located across the Kuskokwim River until a major flood in 1933. After the flood and with changes in the course of the river, the old site was left on a slough rendering it useless as a river stop. After the move and by 1940, McGrath welcomed an airstrip, communications complex and school and served as an important refueling stop for Lend-Lease equipment during World War II.

McGrath is home to McGrath Native Village, a federally-recognized Tribe, and approximately 350 residents primarily of Athabascan, Aleut, Yupik, and Iñupiaq descent. While there are no publicly maintained roads to McGrath, there are local roads with winter trails marked to Nikolai and Takotna. Residents rely on and receive cargo through air and barge shipments.

McGrath is also a checkpoint for the Iditarod Sled Dog Race which takes place in early March from Anchorage to Nome, Alaska. 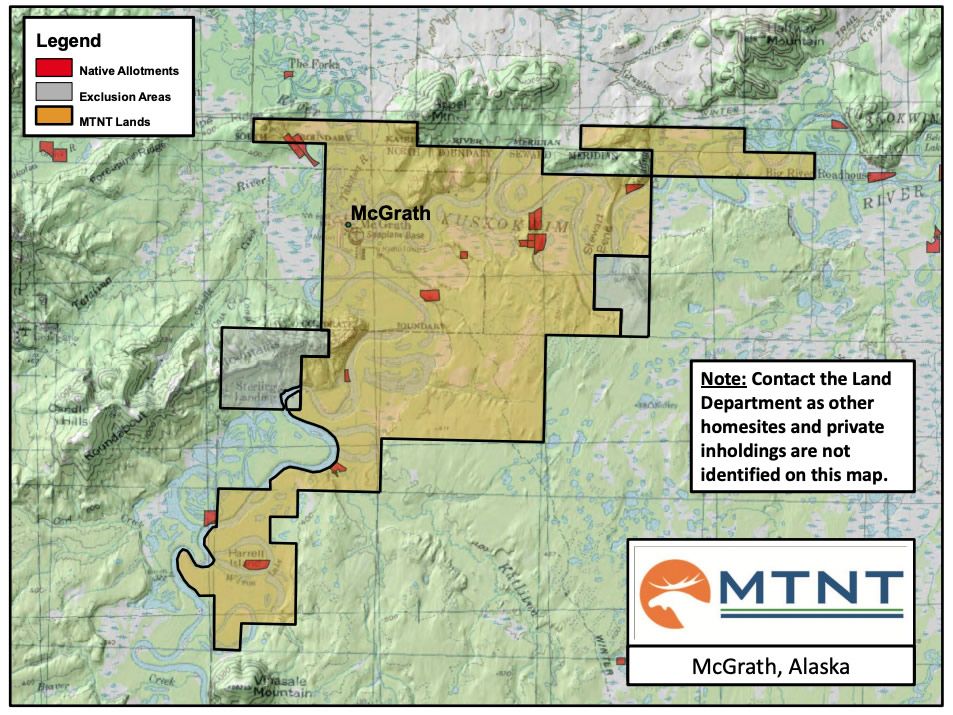 The mission of MTNT and its family companies is to increase corporate profitability, provide shareholders with economic benefits and opportunities, and protect our corporate assets and land base while recognizing the traditional cultural values and subsistence lifestyles of our shareholders.

We at MTNT share a common commitment to adhere to the highest ethical and professional standards with each other, are shareholders, our customers, suppliers and partners. As an Alaska Native Corporation and government contractor, it is imperative whether you are an employee, officer, director, consultant or agent that we all operate ethically in business relationships. We are committed to emphasizing each individual's responsibility to understand and strictly comply with the policies, procedures, laws, rules and regulations that govern MTNT. Exercising the highest ethical and professional standards is fundamental to MTNT's growth and future success.

These values contained in our code of ethics and business conduct code, are the heart of who we are and what we do. This code has been adopted by the MTNT board of directors as the company's code of ethics and business conduct to serve as the foundation of MTNT. Our code shapes the culture of the company defines our character and summarizes the virtues and standards that guide our actions and business. It applies to MTNT together with its operating companies and subsidiaries. We expect our employees, officers, directors, agents, consultants, contractors, representatives, vendors and suppliers to guide by them as well.