Takotna is located in Interior Alaska on the north bank of the Takotna River in a broad scenic river valley, 17 air miles west of McGrath in the Kilbuck-Kuskokwim Mountains. It has been known as Berry Landing, Portage City, Takotna City, Takotna Station, and Tacotna. In 1908, merchants in Bethel hired Arthur Berry to bring supplies up the Takotna River. The village was founded at the farthest point on the river Berry’s small sternwheeler was able to reach. By 1912, the community had several stores that supplied miners. Gold discoveries in the upper Innoko Region enabled the town to prosper.

By 1919, there were several commercial companies, roadhouses, a post office, and about 50 houses. In 1921, the Alaska Road Commission improved the Takotna-Ophir road, and an airfield was constructed. In 1923, a radio station began broadcasting in Takotna, and the town had its own newspaper, The Kusko Times. Low waters at times precluded the arrival of steamboats, so the Takotna-Sterling Landing road was constructed to the Kuskokwim River in 1930. In 1949, construction was begun on nearby Air Force Station. It was the site of a White Alice Communications System, but operations were phased out during the 80’s.

A federally-recognized tribe is located in the community – the Takotna Village. Access to Takotna is by air or water. The community has 80 miles of local roads that connect with Tatalina AFS, Sterling Landing, and existing mines. A winter trail is marked to McGrath and is a checkpoint for the Iditarod Sled Dog Race. 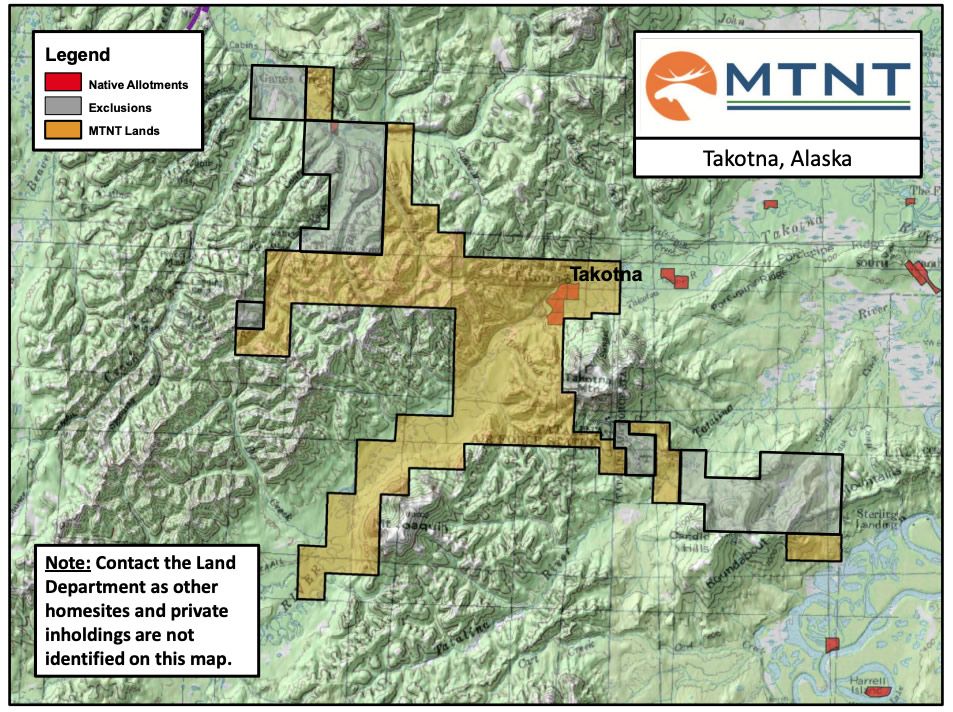