Nikolai is an Upper Kuskokwim Athabascan village located in Interior Alaska on the south fork of the Kuskokwim River, 46 air miles east of McGrath. It has been relocated at least twice since the 1880s. One of the former sites was reported in 1899 to have a population of six males. The present site was established around 1918. Nikolai was the site of a trading post and roadhouse during the gold rush. It was situated on the Rainy Pass Trail, which connected the Ophir gold mining district to Cook Inlet. It became a winter trail station along the Nenana-McGrath Trail, which was used until 1926.

By 1927, the St. Nicholas Orthodox Church had been constructed. In 1948, a private school was established, and in 1949 a post office opened. Local residents cleared an airstrip in 1963, which heralded year-round accessibility to the community.

Nikolai is the home to approximately 90 residents primarily of Athabascan descent and the Nikolai Village, a federally-recognized Tribe. The community is active in subsistence food-gathering and prohibits the sale, importation possession of alcohol. 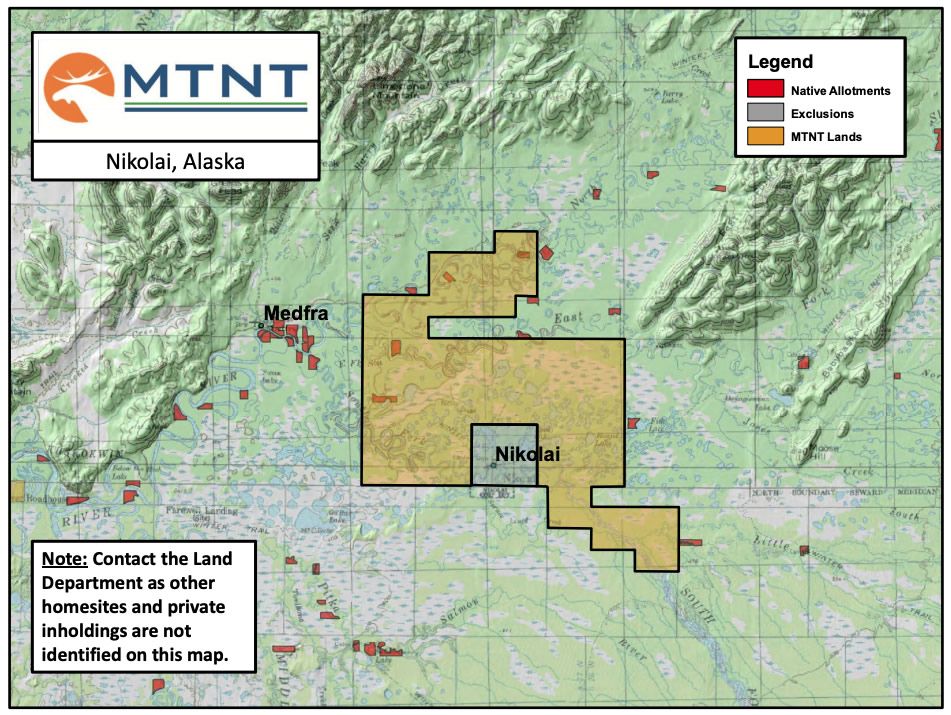