2021 Annual Meeting and Board Elections 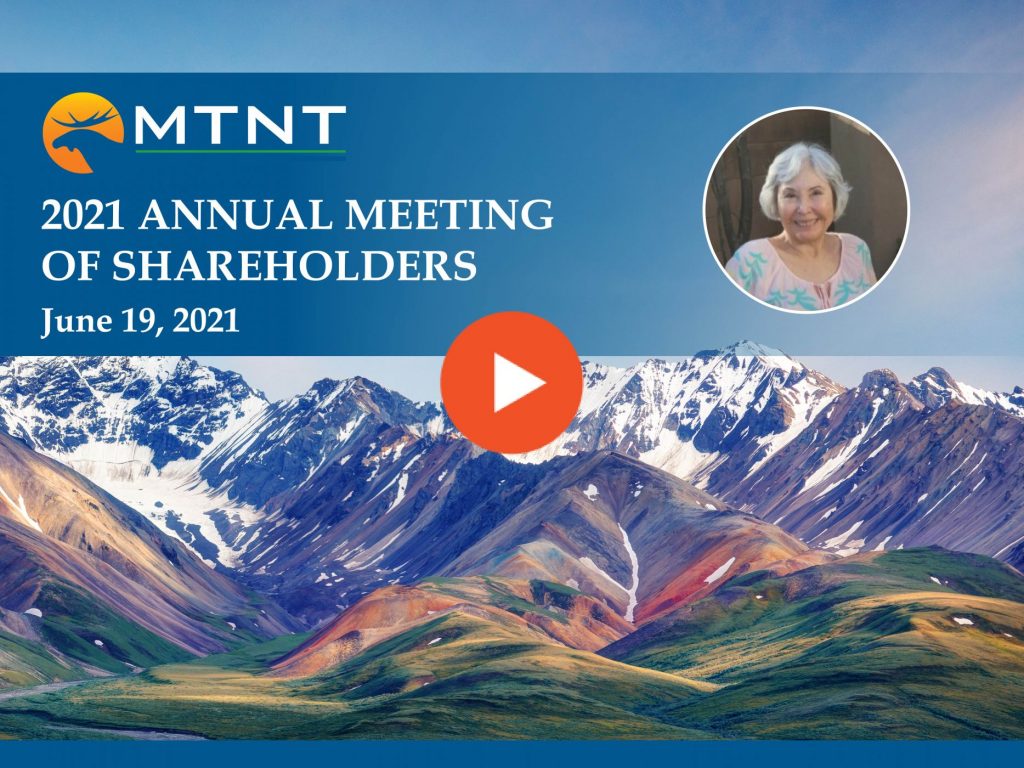 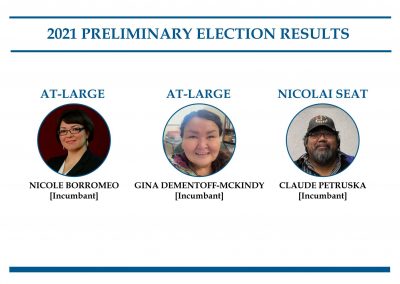 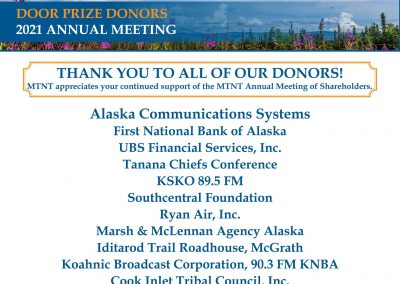 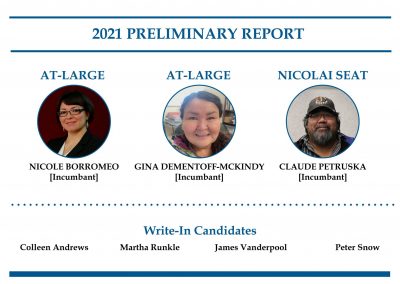 MyMTNT Shareholder Portal provides access and ability for Shareholders to: 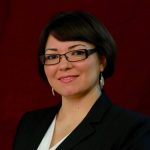 MTNT, Ltd. Shareholder and Board Chairman Nicole Borromeo has served on the MTNT Board of Directors since 2014. Nicole currently resides in Anchorage, Alaska, with her husband and children. She continues to serve as Executive Vice President and General Counsel for the Alaska Federation of Natives.

Licensed to practice law in Alaska, Washington and Hawai’i, she graduated from the University of Washington School of Law in 2007 and the University of Alaska Anchorage in 2002. Nicole currently serves on the Alaska Redistricting Board; U.S. Census National Advisory Committee on Race, Ethnicity and Other Populations; U.S. Department of Energy Indian Country Energy and Infrastructure Workgroup; Alaska Native Justice Center; and Clare Swan Early Learning Center. Nicole is a shareholder of Doyon, Ltd. and is an enrolled member of the McGrath Native Village Council. 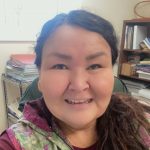 MTNT Ltd. Shareholder Gina Dementoff-McKindy has served on the MTNT Board of Directors since 2018. She currently resides in McGrath, Alaska, her hometown, with her husband, children and two granddaughters.

For the past six years, Gina has served in her current role as the Tribal Administrator of McGrath Native Village Council. Since 2017, she has served on the Kuskokwim Public Broadcasting Corporation Board and also served from 2017 to 2018 on the Iditarod Area School District Advisory School Board. Previously, she worked for the Aniak Traditional Council with their Indian General Assistant Program for five years, was a member of the Kuskokwim River Watershed Council from 2009 to 2017, and previously served as an Alaska Native Tribal Health Consortium, Alaska Tribal Conference Environmental Management subcommittee member. Gina is a shareholder of Doyon, Ltd. and an enrolled member of the McGrath Native Village Council. 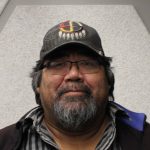 MTNT, Ltd. Shareholder Claude “Joe” Petruska has served on the MTNT Board of Directors since 2018. He resides in Nikolai, Alaska and is the owner of his family store in Nikolai, which he took over in 2016. Joe serves as the Nikolai Postmaster and was recently elected to serve a three-year term on the Tanana Chiefs Conference Executive Board and serves as the Upper Kuskokwim Representative.